Sanada Yukitaka daimyo of Shinano and progenitor of the Sanada clan.
Following Takeda’s invasion of Shinano province, Shingen found himself fighting him first and then submitting to save his clan.
He was appreciated by Takeda Shingen so much that he was among his 24 generals and was one of the three personal advisers (Danjōchū).
Together with his sons Sanada Nobutsuna and Sanada Masayuki he fought in all the battles of Kawanakajima.

Samurai base with the insignia of the Sanada clan, the Musha-bugyou, or the samurai at the head of the unit, stands out from other samurai by wearing a fan-shaped Sashimono called UCHIWA.
The miniatures are 28mm Old Glory Miniatures, sahimono by Perry Miniatures, the banner (nobori) is self-made. 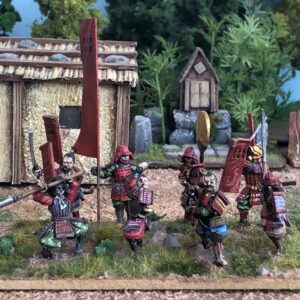 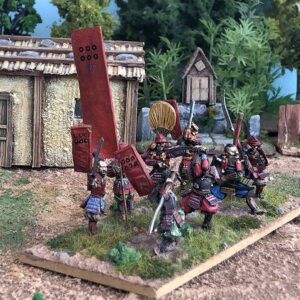 The second base instead represents a unit of shooters armed with Teppo. In the base we find a samurai who shoots while an ashigaru prepares the harquebuses, at his side another ashigaru shoots towards the enemy. The 28mm miniatures are Perry Miniatures. 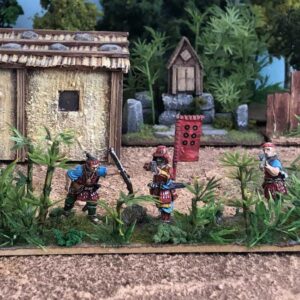 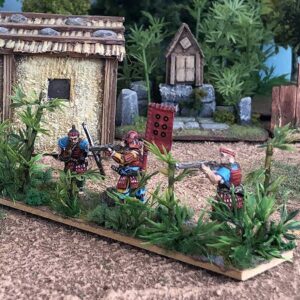 Check out other miniatures
from the Kawanakajima project