Suibara Chikanori was one of the most important samurai and generals following Uesugi Kenshin who particularly distinguished himself in the fourth battle of Kanakajima.

During the battle of Hasedo in 1600 he did not retreat to the castle but charged the enemy up to challenge Masamune Date, a duel which however saw him defeated.

The unit I have prepared for the Impetus rulebook represents a samurai heavy cavalry unit made up of 4 horsemen and an ashigaru. 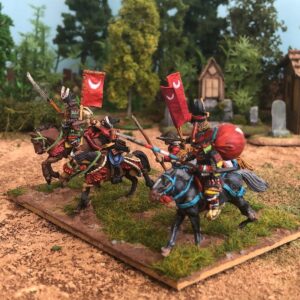 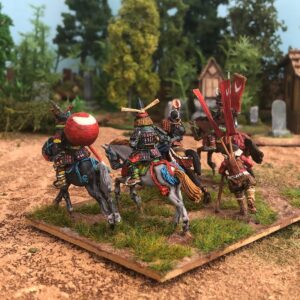 The base is made using these mounted miniatures:

Messenger with spear and horo with white general Chikanori mon on a red background, Perry Miniatures.

Samurai on playing hora-gai (the decoy horn made of a large shell), Old Glory Miniatures. 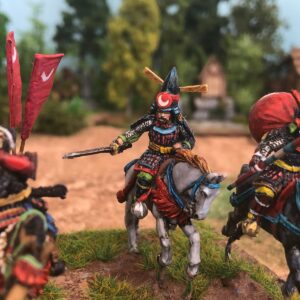 The miniature of the ashigaru following the knights is a Perry Miniatures to which a self-made double sahimono has been applied. 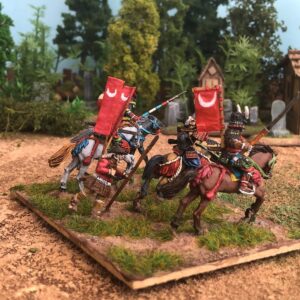 Check out more miniatures from the Kawanakajima project