Takeda Yoshinobu was the eldest son of Takeda Shingen . He came of age in 1550, and took the formal name of Yoshinobu, receiving the characte “Yoshi” from the 13th Ashikaga shōgun,

He argued with his father over the conduct of the Fourth Battle of Kawanakajima (1561), where he was wounded.

Ashigaru’s base for the impetus rule represents light infantry units.

The miniatures used for this base, except the shell player (Old Glory), come from Perry Miniatures samurai set.

Using a sheet of metal I built the flag (shinai). 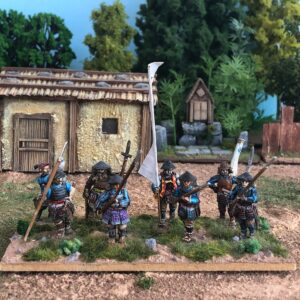 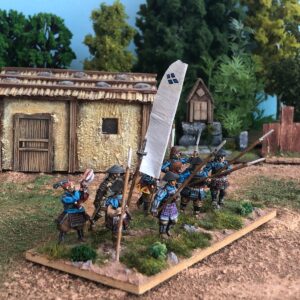 The heavy infantry base is made with Samurai pieces by Perry miniatures and Old Glory miniatures.

The Shinai is self-built. 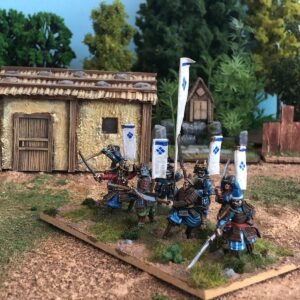 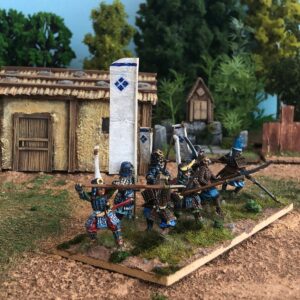