These units were created for the Impetus rulebook and the 28mm miniatures represent samurai and ashigaru of the Toramasa clan.

Obu Toramasa (Obu Hyobu no sho Tormasa) was one of the most ferocious and feared generals of Takeda Shingen and therefore nicknamed Kouzan no Tora Tora (the wild tiger of kai). 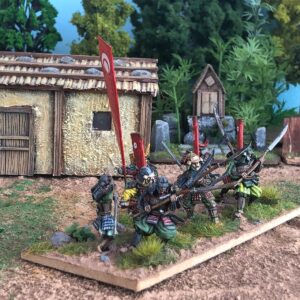 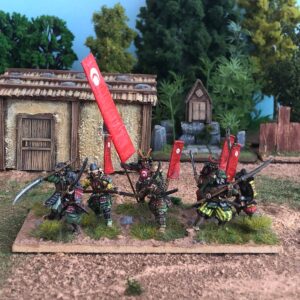 Base of archers Toramasa clan shooters 28mm for Impetus, ashigaru armed with yumi and protected by self-built tedates

The miniatures used to create this base are 28mm Perry Miniatures. 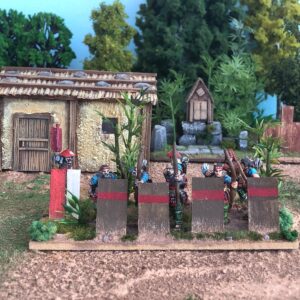 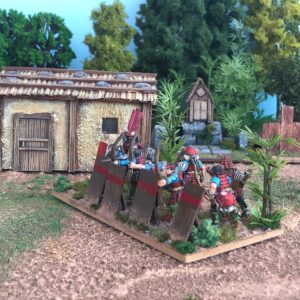 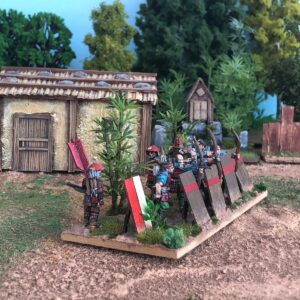 The miniatures are colored with the red protections that distinguished Toramasa’s troops from the others on the battlefield.