The broad blade of sharply tapering form consistent with Oakeshott Type XV is forged with a high median ridge and marked with a trefoil at either side. 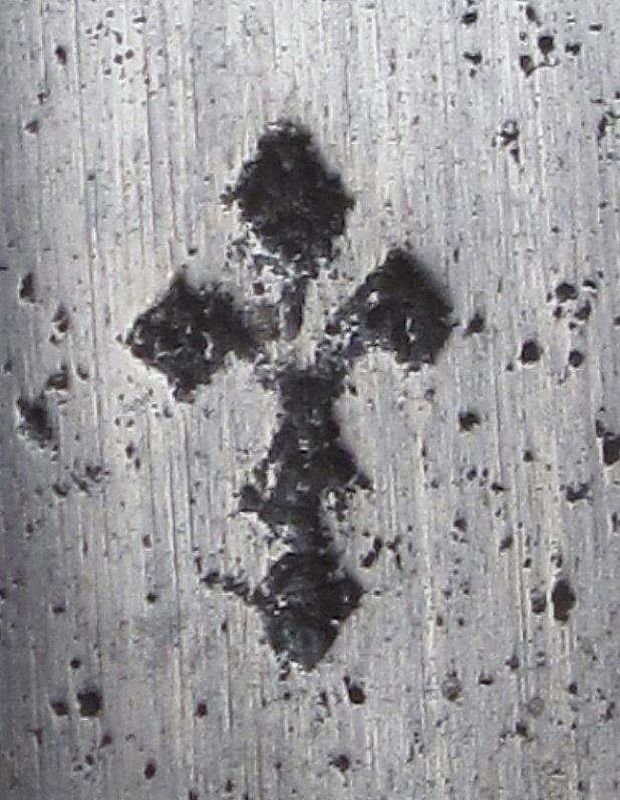 The forte is finely worked with figures on both sides, probably Biblical, and inlaid with gold. 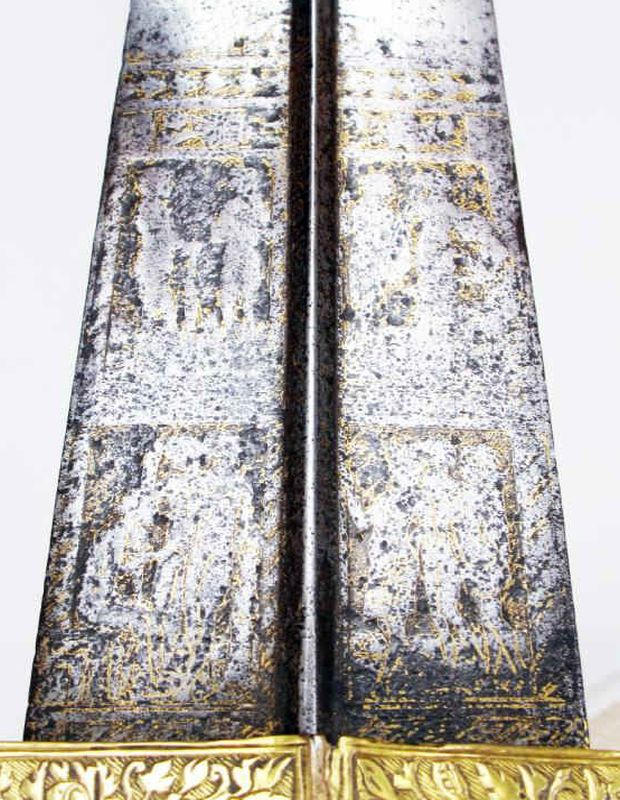 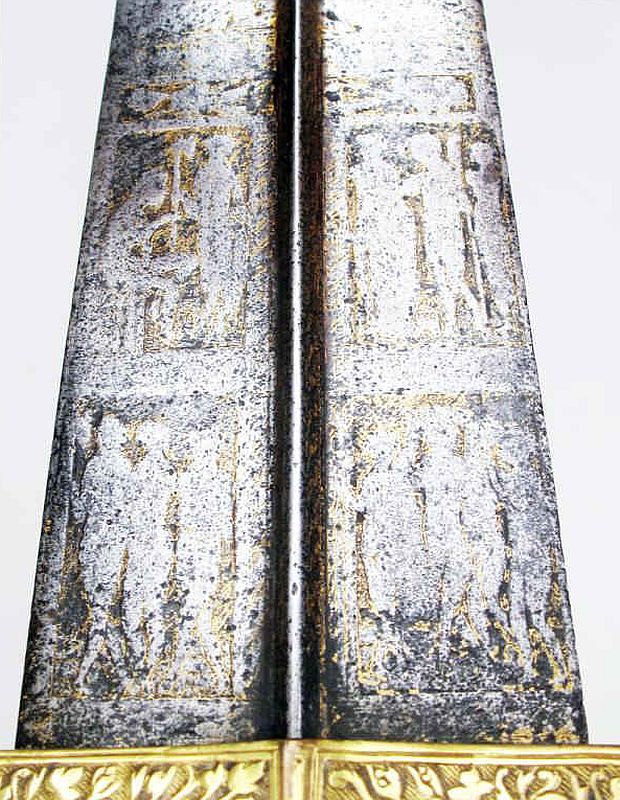 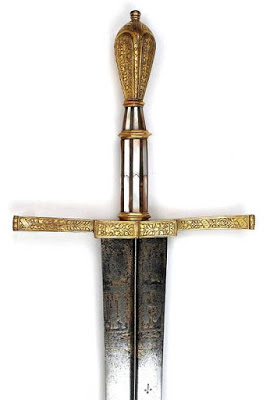 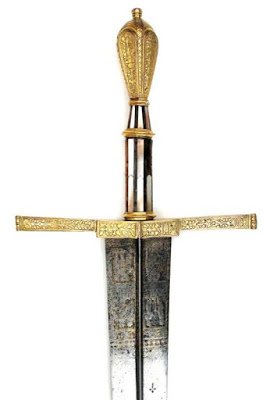 A quite similar example was sold at Sotheby’s Hever Castle Sale in May, 1983, lot 121.
Of a small but known type of Renaissance swords, four of which are documented, see volume I, p. 108 of the Hever Castle Arms & Armour Sale catalog. Deaccessioned from the John Woodman Higgins Armory Museum, Worcester, Ma. Acquired by the Higgins from the American Art Association Auction, New York, of October 10-15, 1932, from the Morosini Collection, lot 525. 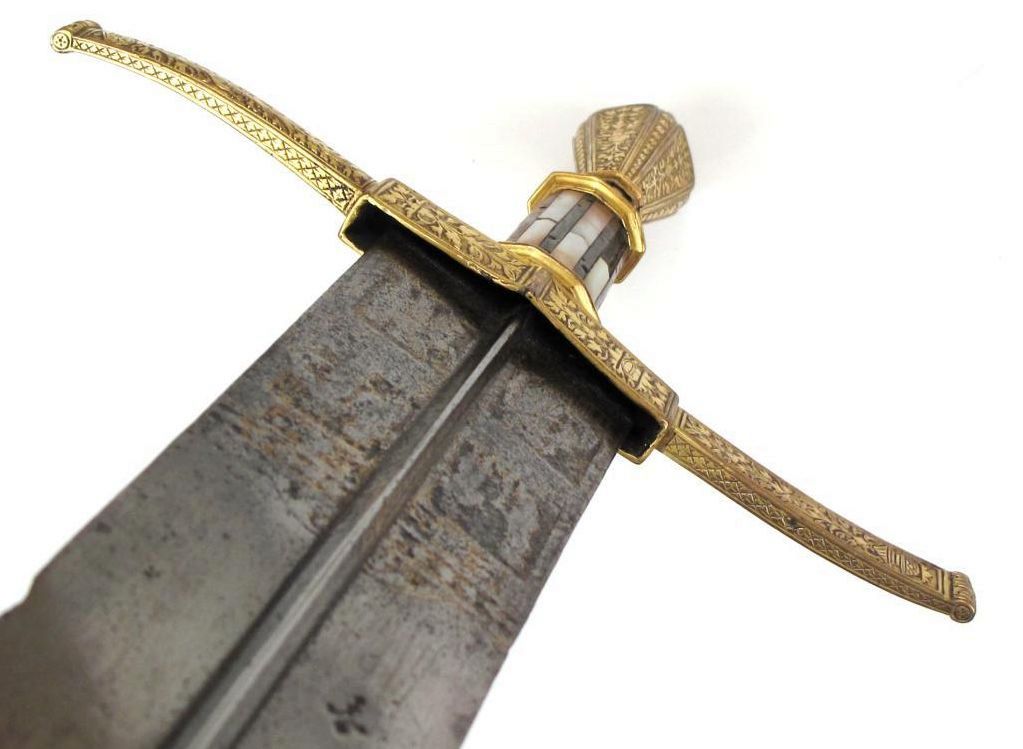